There aren’t too many individual artists in the world today who would have an entire event dedicated directly to them. Bob Dylan is one of those rare few. Since beginning his career in the early 60s Bob Dylan has gone down in history as one of the greatest and most influential artists the world has ever witnessed.

Over 50 years, 47 albums and more than 500 songs ago Bob Dylan released his debut album. Since then endless artists, writers and musicians have been inspired by this musical legend. 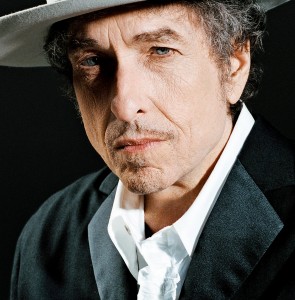 For over five decades Bob Dylan has caught the hearts of countless dedicated fans and been the foundation behind the music performed by some of the worlds most esteemed musicians over the years. Truly standing the test of time, Bob Dylan has epitomized story telling through his music, leaving his audience pondering the meanings and reflecting on his words.

A line-up of Australia’s distinctive musicians of today including Josh Pyke , Kav Temperley of Eskimo Joe, Kevin Mitchell of Jebediah, Holly Throsby  and Patience Hodgson of The Grates.

Our favourite musicians unite to celebrate the 50th Anniversary of a music legend. Not only is this a chance to reminisce and sing the night away to your favourite Bob Dylan songs, you have the opportunity to vote for which ones you’d like to hear most at the concert. With so much history we know you’ll enjoy picking your favourites for this not to be missed event. For tickets please click here

« The Wizard of Woz
A Tribute To A Legend »