After the huge success of the Australian Tour in 2011, the end of 2012 will see Bear Grylls pack his bags and head to the southern hemisphere again for a tour of New Zealand! 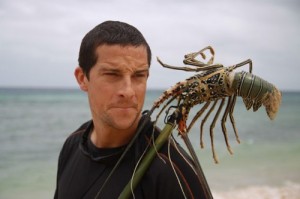 Bear Grylls, star of ‘Man vs Wild’ has taken us around the world to some of the most amazing yet grueling destinations on the planet as he endures nature’s most extreme elements, unimaginable to most of us.

Bear Grylls is known around the world for his expertise in adventure and survival, with a one-of-a-kind willingness to teach all who watches just what it takes to survive in the wilderness. When he’s not on our TV screens, he’s writing books, being awarded an honorary commission as a Lieutenant-Commander in the Royal Navy, and raising money for children around the world.

If you’ve ever wondered what it takes to climb to the top of Mount Everest, sleep inside a camel, jump naked into a icy lake or chew on a scorpion, the star of Man vs Wild will tell you himself! You can even submit your question to him here, and Bear may answer it live on stage!

Join in as Bear relives the stories of his survival, adventure and interesting ‘cuisine’. Sign up for pre-sale tickets on the Bear Grylls New Zealand Facebook page here.